One of the most anticipated events, especially for the blockchain enthusiasts in India is currently underway joined by some of the prominent names of the industry. In this section, we will be looking into the ideas put forth by the panelists along with their topic of discussion.

Mr. Dhiren starts the discussion with the idea of the blockchain, a system beyond the control of institutions. He further talks about the tokenization and the confusion that it has created. People are not currently sure whether they see the cryptocurrency as a currency or commodity. 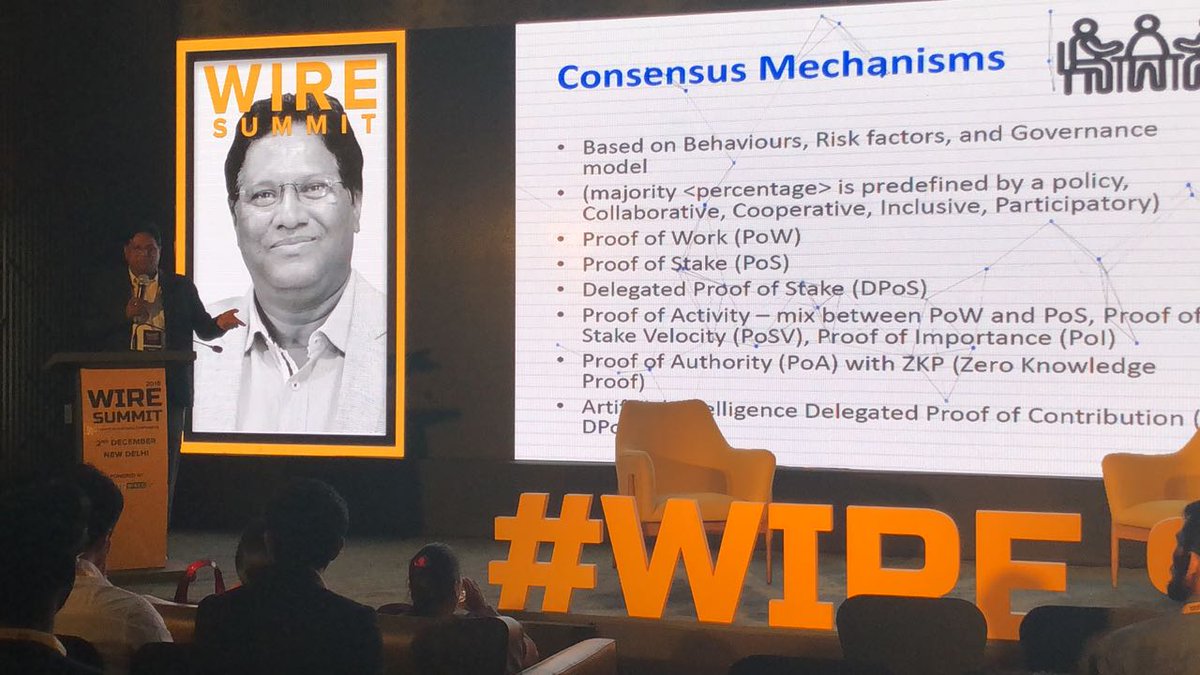 He further talks about the different issues associated with the current state of blockchain technology. The main problem comes at scalability which has been in focus for quite some time now. The other common problems include energy consumption, block size, network delay, and TFT.

Mr.Dhiren also focused on the role of government and the importance of regulations that would eventually tone down the uncertainty majority population has around blockchain and cryptocurrencies.

The enlightening talk from Mr. Dhiren, director of Veermata Jijabai technological institute was followed by a panel discussion.

Daniel steeves,  a blockchain advisor, cryptoanalyst, and longtime techie,  well let’s say he wears many hats with authenticity in a long, fulfilling career moderated one of the most interesting discussions of the event.

The debate opens up with Mr. Daniel talking about technology and how it has come a long way from the time of its inception and how far it has to go to be accepted by the masses. On the panel two very young and intelligent investors from India, Mr. Utsav and Mr. Mohak gave an insight to the trading part of the tokens and cryptocurrencies. 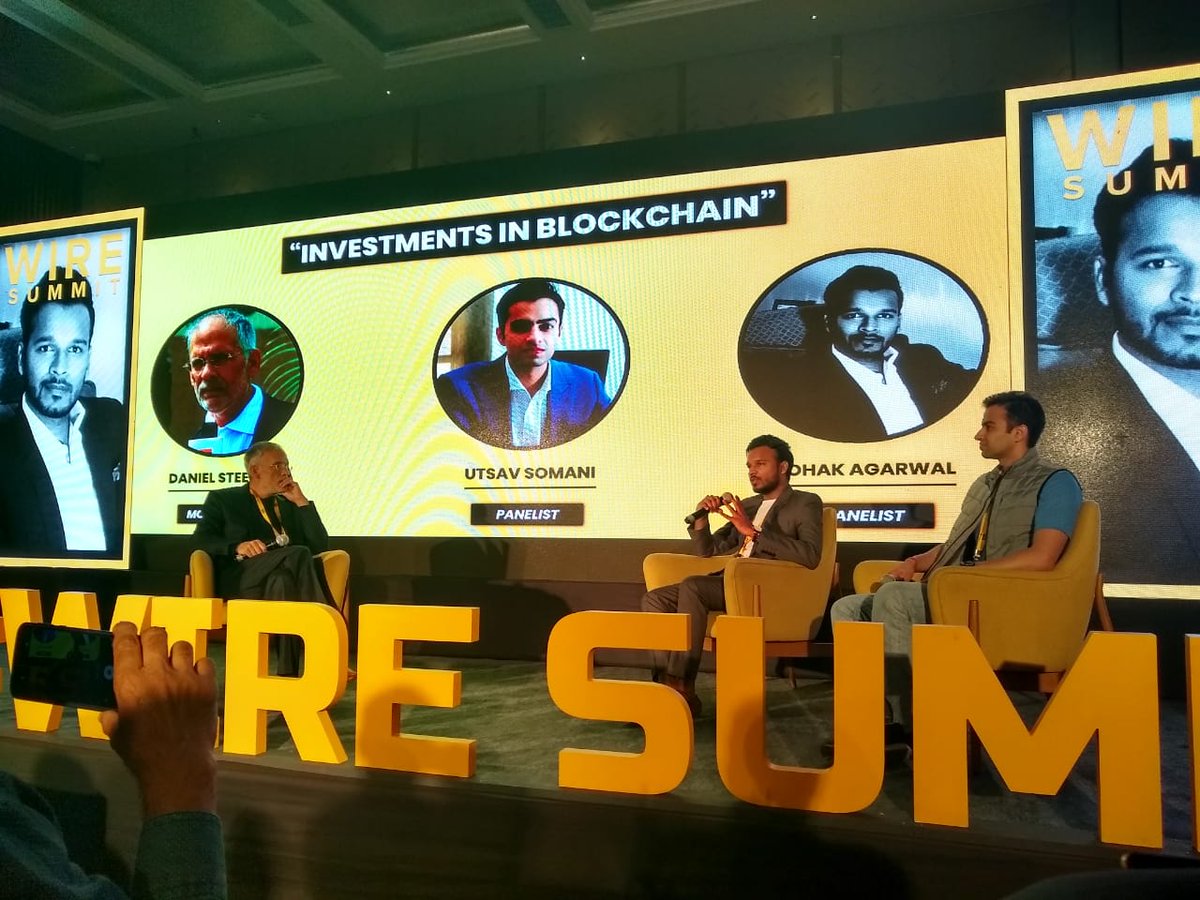 The views on ICOs were varying and also interesting; investors believed the funding through ICOs has decreased but became more transparent. Daniels is of the belief that even though the ICOs due to regulations have been slowed down, the level of transparency has increased resulting in better implementation. Earlier what ICOs used to do is, provide a small part of the investment to the public in the form of token sales while majority used to go to early investors, basically following the old-age tradition of centralized system and monopoly.

Mr. Utsav Somani very rightly pointed out, how all the glitter around the trading values of cryptocurrencies is the main roadblock for blockchain implementation.

The panel ended the discussion by noting that, to become mainstream, the technology needs to be at the background, the general public does not necessarily have to know anything about the blockchain to use a by-product based on it. We are at the early stages into understanding and making the blockchain technology better and just like the internet with new discoveries; we will reach a level of accomplishment that the internet has achieved.

Niki Ariyasinghe: The power of blockchain in the Enterprise Sector

Mr. Niki during his talk at Wire summit focused on the strength of blockchain for the enterprise sector. Mr. Niki was representing the R3 blockchain network and how they are focusing on helping small and big institutions to adapt themselves to the blockchain. 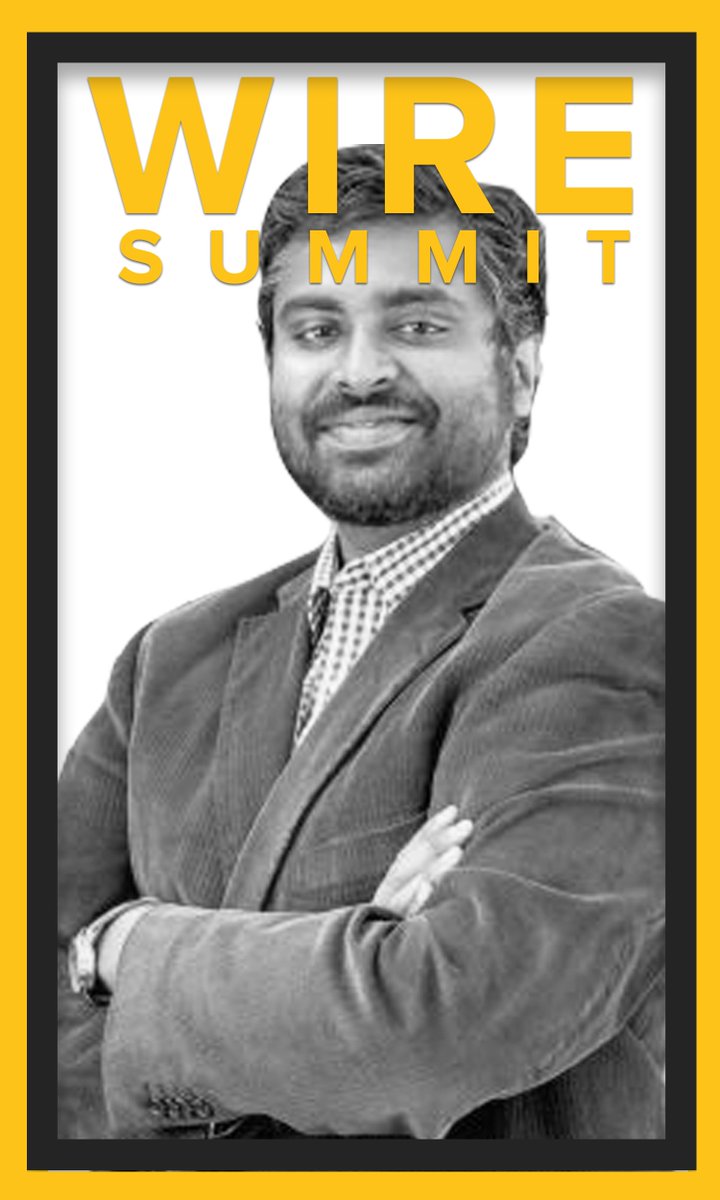 Corda, a product of R3, aims to provide the enterprise sector with the technology platform and an ecosystem based on the vast network. The main aim of Corda is to offer any scale of the industry with the benefits of blockchain which include privacy, a better chain of the network to interact with and security.

Mr. Niki also talked about implementation of blockchain as digitization of current assets rather than creating value-based tokens.

WireSummit was planned to bind crypto advisors, traders, entrepreneurs and everything else related to blockchain and bring them on the same platform. As the even commences, we fell we can achieve quite a lot of things we planned for. More updates from the event are on their way, stay tuned.