SIRIN LABS, an Israeli Manufacturer, who had been previously known for their not so well received 16,000 USD worth Solarin smartphone, is back and all set for their next endeavour, the world’s first blockchain smartphone, worth 1000 USD. The phone is called FINNEY, after late Hal Finney, the cryptocurrency genius, who was suspected for a while to be Satoshi Nakamoto himself. The most attractive features of this phone are that it comes with P2P resource sharing and a built-in “cold storage” crypto wallet. In order to cater to a blockchain community inundated with endless tokens, FINNEY is supposed to support instantaneous token conversion via an automated internal exchange. 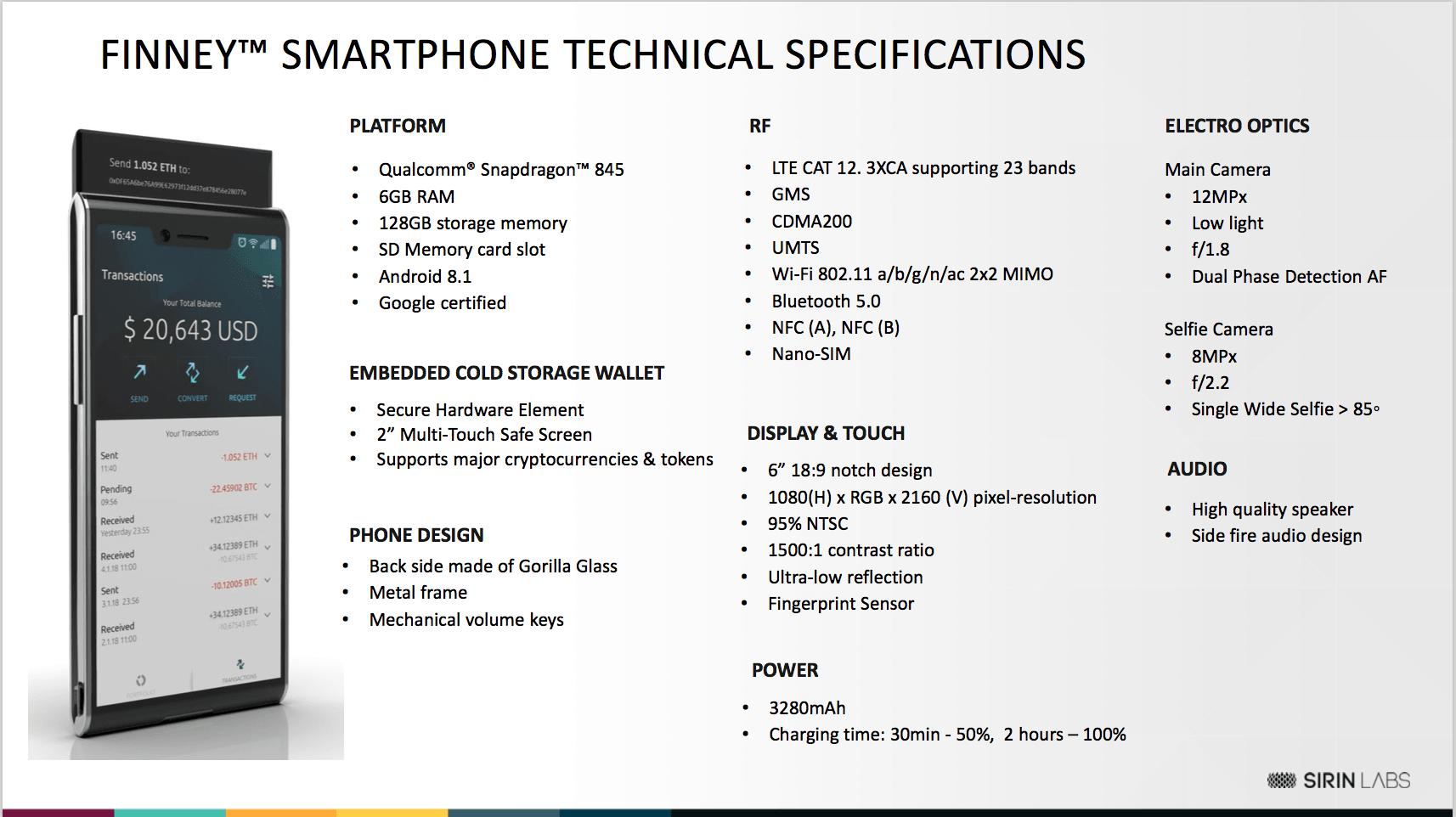 SIRIN LABS recently announced that it had collaborated with Virgin Gates, a global technology company, headquartered in Egypt. This partnership is to widen the market of FINNEY to Egypt, UAE, Saudi Arabia, Bahrain, Oman, and Kuwait, and the inauguration of a Sirin Labs concept store in Dubai. Virgin Gates, whose software development centre is also in Egypt is funded by a well to do group of Egyptian and Middle Eastern investors and is operated by expert market leaders, which spells out a recipe for success.

Finney’s launch in Dubai incidentally is of massive significance as it coincides with the strategic vision of the UAE government to facilitate the mass scale adoption of their cryptocurrency by 2020, through which residents should be able to conduct all sorts of transactions and make all kinds of payments, including the likes of school fees, utility bills and retail purchases.

To enable the mass adoption of blockchain technology, FINNEY will provide an easy to use android like experience through their propriety operating system, Sirin OS, which ensures enhanced security